Women with Disabilities Speak out Against Gender Based Violence

Rwanda has made great progress in promoting gender equality. After the Rwandan genocide in 1994, women demanded equality in politics, land inheritance, marriage, and credit.

Women with disabilities often face stigma and negative attitudes from the community, making them feel disempowered and lowering their self-esteem. Girls with disabilities often do not attend school, especially if families must choose who among their children they can afford to send to school. Isolated from society, women and girls with disabilities are further excluded from information or services that could benefit them. Many are unable to escape the cycle of poverty, getting left behind in the nation’s economic progress.

In Rwanda, in spite of a national public campaign on the prevention of gender-based violence, many women with disabilities are not aware of the laws and services available for women facing violence.

Communication or transportation barriers, as well as a lack of awareness, prevent women and girls with disabilities from accessing counseling and legal services. In rare cases, when a woman with disabilities reports a rape or other violation, she is not seen as credible. To add to the complexity, perpetrators are often not punished. 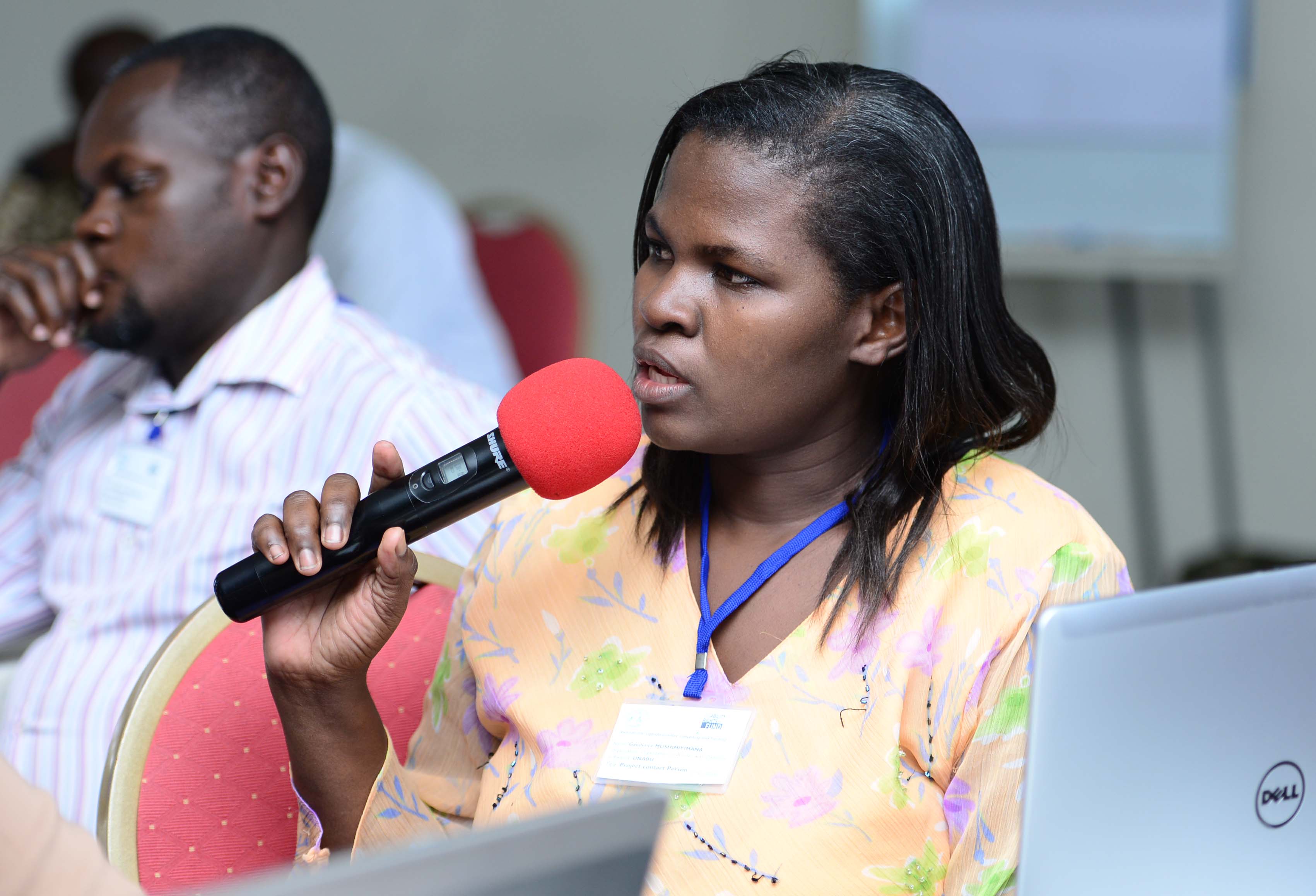 Umuryango Nyarwanda w’Abagore Bafite Ubumuga (UNABU) or the Rwanda Organization of Women with Disabilities aims to promote gender equality and the removal of barriers which prevent women with disabilities from participating in the country’s development.

Taking bold actions require strong motivation. Seeing disabled women chasing their goals always motivates me to help them wherever they are because I know that behind their disability, there is ability.

UNABU aims to make a difference with their actions in a project they call “Voicing Out,” which has reached nearly 500 women with disabilities. They believe that if they can empower women to gain their self-confidence, they can help not only to prevent the violence against women and girls with disabilities, but also to start the healing process for those who have been affected by this violence.

As a start, UNABU has trained community mobilizers to organize community advocacy groups of women and girls with disabilities and raise awareness about their rights. They’ve started this work in the two rural districts of Muhanga and Rwanmagana and hope to expand nationwide in a few years. They are also advocating that public services and NGO initiatives that prevent gender based violence should accommodate the specific needs of women with disabilities.

To be sure, women’s empowerment and community mobilization are not new tactics for development workers. But these women are working to reach a population that has been largely left out of mainstream women’s and poverty reduction programs.

UNABU’s community organizers are also using the Convention on the Rights of Persons with Disabilities Article 6 (women with disabilities) and Article 16 (Freedom from exploitation, violence, and abuse) to advocate directly to duty bearers and service providers to demand that the rights of women with disabilities are acknowledged, respected, and defended.

The Disability Rights Fund’s work in Rwanda has an explicit objective to ensure that women with disabilities are fully included in the disability movement, which is still relatively young and consists of urban and male-dominated groups. As such, there is room for building connections with the grassroots in the rural areas that serve as a home to most of the Rwandan population. Through grantmaking, technical assistance, and outreach, DRF is encouraging groups like UNABU to create collaborations which highlight the diversity in the disability community and build their own capacity of working on issues affecting women.