Yeni Rosa Damayanti recently spoke at the UN on a human rights-based approach to mental health. We publish these remarks to lift up the voices of persons with psychosocial disabilities.

Inclusion in communities is a human right recognized by the UN since long. The universality of this human right is emphasized in CRPD General Comment 5 in the Introduction:

Living independently and being included in the community is a basic concept of human living around the globe and is applied to the context of disability. It means exercising freedom of choice and control over decisions affecting one’s life with the maximum level of self-determination and interdependence within society. This right must be effectively realized in different economic, social, cultural and political contexts” without discrimination.

The Mental Health and Human Rights Resolution of the OHCHR (2017), defines persons with psychosocial disabilities as, “persons who, regardless of self-identification or diagnosis of a mental health condition, face restrictions in the exercise of their rights and barriers to participation on the basis of an actual or perceived impairment.”

This definition emphasizes the high level of discrimination faced by us in all societies worldwide and social exclusion. The “cure” for this lies in access to Development, and the full spectrum of human rights.

Here, I give several examples coming from real experiences of real people with psychosocial disability in Asia. There’s a woman with psychosocial disability who lives in the the capital city. She is the bread winner of the family, making a living by selling rice by the road side. She lives in poverty, earning only 80 US dollars a month. Most of her distress come from financial difficulties, especially since she still has two young children she needs to support. She fears the day of a month when the landlord would come and screaming again, because she always late paying the rent. She often daydreams of how nice it would be if the government could help lessening her economic burden. But the government doesn’t have social protection program like that. So she has to struggle alone. Ironically, eventhough the government doesn’t have alocated budget to help her dire financial problem, they have budget to pay for her mental illness medication which could cost up to 300 US dollars per month. They are that expensive becaue they are patented drugs. The government never make the generic versions. She wonder why.

She often wish, if only she can use part of the money to buy the pills to pay for her monthly bills, how happy she would be. Her heavy burden would be reliefed, she could pay the house rent, her children could get decent food and clothes, she doesn’t have to live in debt. She would be happy and need a lot less pills. Unfortunately it is not the case. Instead of giving the money to her, the government gives the money to the pharmaceutical companies.

Even if you have more privilege, the haunting situation of people with psychosocial disability still get to you. An excellent researcher who has psychosocial disability, with advance degree from prominent university abroad, aspired to be a full lecturer at a state university. He studied there as an under graduate and had been working there as a profesor assistant and researcher for many years. But to apply for the position an applicant must fullfil several requirements. All of those were easy for him to accomplish but one: the requirement to submit a medical clearance from a psychiatrist stating that he is free from any mental health problem.

This is a huge obstacle for people with psychosocial disability in that country. To apply for work one must submit this letter of mental health clearance. The doctors will do several assesment to detect any sign of mental illness such as anxiety, deppression, mania, schizophrenia, before providing the said letter. The psychiatric clinics at the city’s hospitals are booming with request to do the examination and getting quite a handsome profit. A nurse in one clinic said that in a day they could conduct 30 test to job applicants who want to apply for work as government employees or in private companies.

This requirement is a blatant discrimination and the implication is an exclusion of people with psychosocial disability from the work force. No matter how talented you are, if you have psychosocial disability, you are not permitted to work. It is sad to see that they give you pills but exclude you from life.

After a hard battle in the constitutional court carried on by a disability organization, the judges finally gave the right to vote for person with psychosocial disability, unless there is a statement from psychiatrist that revoke that right from a person. There was a hope, since psychiatrists for sure would desire the best for the patient. Being included in the election would be beneficial for the person’s recovery, and voting for the country’s leaders and representatives is a fundamental right of a citizen.

A director of government owned social care institution in the country’s capital city was not happy by that verdict. She detested that hundreds of people with psychosocial disability in her facility were given the right to vote. She belives that such people do not have capacity. So she called a renowned mental hospital asking them to send doctors to evaluate the residents. The hospital sent 5 psychiatrist to do the assesment and write a recommendation. The recommendation resulted in the removal of hundreds of people with psychosocial disability in that facility from the list of voters. Their right to vote were robbed. They were left behind as secondary citizens, like they have always been.

While visiting social care institutions, I met thousands of people with psychosocial disabilities locked up and forgoten, abused and wilted behinds bars for years. Last week I visited one institution near the capital which hold more than 400 people. The occupant are locked behind bars 24/7. They are only allowed to go outside during meal times. They live in cage like rooms with iron bars as walls, not much different from animals. They spend their lives in those cages, day in day out, for years. Because they do not have legal capacity, they can not be released until the family come to give consent for their discharge and to take them home. But for many, no family ever come.

They are forced to take medication, provided by local mental hospital, regardless how they feel about it, no matter the side effect. Yet they are still there, arbritary detained, hidden from public, forgoten, living in hell. Does the medication help them free them from that prison? No. The medication does not help them escaping that hell. What they want is freedom, to live in society just like anybody else. But they can not be released without the family’s consent. And their family do not want them. They have no other places to live. So, to be free they need the right to legal capacity. They need housing, works, livelihood. But all the concern, effort and money, are focused only in giving them pills.

The Special Rapporteur on Health, in his comprehensive assessment of the right to highest standard of health and wellbeing, has emphasized the removal of 3 kinds of “obstacles” in addressing the “global burden of obstacles” facing persons with psychosocial disabilities. (a) Dominance of the medical paradigm and overmedicalization; and complete neglect of psychosocial aspects (b) Power asymmetries with psychiatrists playing a unique, but powerful role within all medical disciplines, to take away or subvert the decision making opportunities of people with psychosocial disabilities and finally (c) Presenting a partial view of “evidence base” and the role of powerful actors who shape and determine outcomes of research agendas on mental health.

The continued domination of involuntary detention for persons with psychosocial disabilities (actual or perceived) stonewalls all efforts at change. De-institutionalization has been designed largely as “reforming” and not as “reframing”. In this sector, there has not been any paradigm shift, and the divide between us and all other persons with disabilities is widening.

Psychiatric institutions, social care institutions and different kinds of lock up facilities continue to grow worldwide, and remain the chief custodians of the historically “forgotten people”. Mr Puras urges us to take another swipe at history, its mistakes, and to reshape a better world for our inclusion. Worldwide there is a nod of acknowledgement that ‘Coercion is a failure’ and the purpose of inclusion was never achieved by coercive psychiatry.

In this context, we congratulate the WHO for their Quality Rights efforts, especially the trainings. It is a milestone to give direction to countries to reform the mental health system while attempting to reframe health care practices towards community inclusion. It serves the immediate and short term purpose of humanizing the mental health system as it exists worldwide, and to mitigate coercion. Regardless, this should not be a concern of only partial part of the organization. The whole WHO needs to reform their approach on mental health to embrace human rights.

We post a strongly worded alert, however, about the draft Additional Protocol to the Oviedo Convention of the Council of Europe This is an attempt to make involuntary commitment human rights compliant. But this feat cannot be accomplished ever. Involuntary commitment has to leave the disability sector.

Our life is not revolved around pills. We need housing, acceptance, works, livelihood. We must make way for realizing the SDGs and the CRPD for all persons with disabilities. We must talk about community participation in designing and piloting inclusive programs. We must talk about and shift our policy gaze to see the importance of livelihoods and social security, housing first, zero hunger, zero poverty, addressing malnutrition, addressing inclusion in general health care, and access to communities.

The most important thing, as you see from the examples above,

About Yeni Rosa Damayanti and the Indonesian Mental Health Association 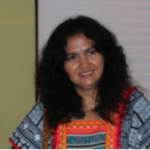